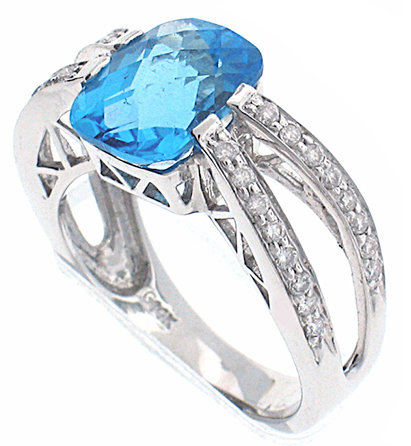 Blue Topaz is the official December Birthstone.  Although there are some alternatives, like Tanzanite and Turquoise, Blue Topaz is the most popular and most well known.  Its name may come from the Sanskrit word tapas, meaning heat or fire. Steeped in mystery, topaz has been believed since ancient times to have the protective power to make its wearer invincible, and to enhance one’s eyesight as well as wisdom. Blue topaz is one of the most beautiful and popular gemstones today. From early times, these shining blue stones have captivated us and inspired our imaginations.

The meanings behind the blue topaz jewel may have been inspired by ancient beliefs, but we still find them relevant and significant today. Brock’s Jewelers carries that highest quality and largest selection of Topaz found anywhere in North Alabama.